This site uses technical, analytics and third-party cookies.
By continuing to browse, you accept the use of cookies.

The Italian Cultural Institute in Vienna is organising on 24 January 2023 at 17:00 the following concert open to the public. Registration is required to attend the event, click HERE to register.

On the occasion of the concerts of the Orchestra of the Accademia Nazionale di Santa Cecilia at the Konzerthaus in Vienna, the Italian Cultural Institute is hosting a special concert by the Stradivari Sextet, composed of musicians from the Academy founded in 1585.

Capriccio is the last opera by Richard Strauss, which appeared under the name ‘Conversation for Music’ (‘Konversationsstück für Musik in einem Akt von Clemens Krauss und Richard Strauss’). The first performance took place at the Nationaltheater in Munich on 28 October 1942.
Souvenir de Florence is the only string sextet composed by Tchaikovsky, written in the summer of 1890 and named after the city of Florence where, a few months earlier, he had composed La dama di picche in just under two months.

Formed by musicians from the Orchestra Sinfonica dell’Accademia Nazionale di Santa Cecilia, the Stradivari Sextet was formed in December 2001. The Sextet has performed numerous concerts in Italy and abroad. Their first recording released by VDM Records featuring the Sextets of Tchaikovsky and Schoenberg was among the finalists for the 2015 Grammy Awards.

Registration is required to attend the event, click HERE to register

In collaboration with the Accademia Nazionale di Santa Cecilia.

NAVIGATE IN THE SECTION 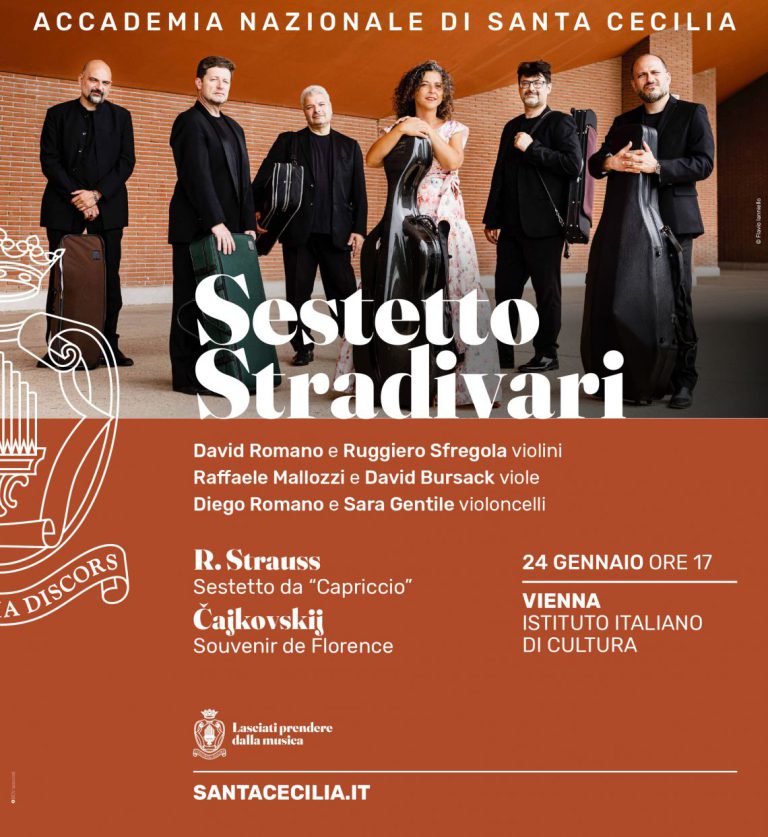